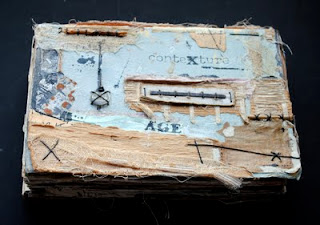 For me, art has always been about community.  I do not aspire to be the type of artist that is alone in the studio, working away in isolation.  I find that my connections with other people are fuel for the creative fire.  Of course, there are times when I lose myself completely when making art and wouldn't even notice if somebody were standing right next to me.  But in between my creative projects, I find myself once again seeking inspiration from and through others. 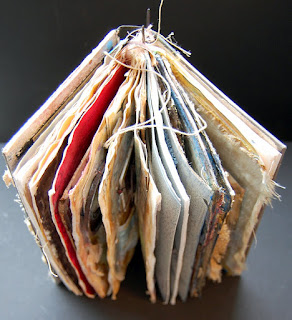 My entrance into the world of art was initially social, in 2000 I met an artist quite serendipitously and we began a mail art relationship, although it wasn't until several years later that I even became aware of that label.  Before that time, I had no interest in making art.  After that time, art making became a part of my life.

The social aspect of being an artist continued as I began to explore the opportunities available on the computer.  Initially, I joined a number of online art groups, where art was made collaboratively.  I then discovered blogs, which are all about connecting, commenting and community.  If I had discovered the world of art at an earlier time, I truly believe that my path would have been completely different. 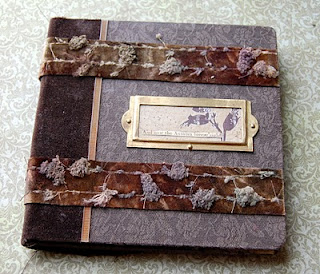 It seemed natural when I set out to create my own blog in 2007 that my focus would be social in nature.  Within just a few months I began an online collaborative project called The Pulse, a survey of the online artistic community that sought to connect artists and art lovers.  Five years later there have been 5 online versions of The Pulse, with the current edition made up of nearly 150 artists. 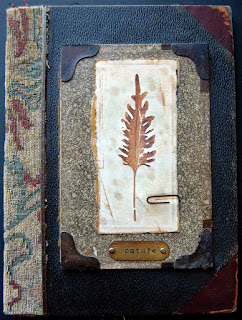 During those years, I also have worked collaboratively on quite a large number of projects with small groups of artists.  The images of art accompanying this post were all created as part of collaborations.  I have also developed and hosted a number of large-scale, international collaborations as well, including Disintegration Collaboration (DisCo). 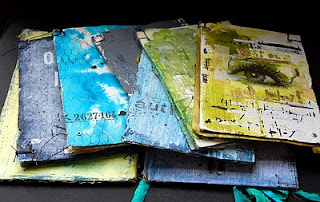 All of these experiences led me to the opportunity to publish my first book The Pulse of Mixed Media: Secrets and Passions of 100 Artists Revealed.  Released in March 2012 by North Light Books, The Pulse of Mixed Media presents the words and artworks of more than 130 artists in a format that allows the reader to truly get in touch with the heart and soul of the artistic community. 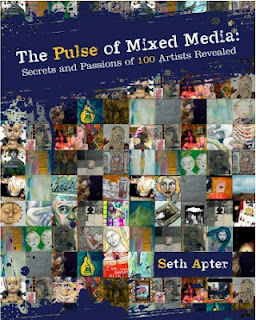 I know I am not alone in the inspiration I find from my connections with others.  Whether it is through emails, blog hopping, website watching, book reading, or art making, I am the artist I am today because of the bigger group of artists that I am a part of.  So, fellow artists... what do you get from being a member of our community? 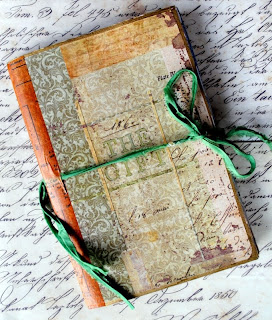 if you are interested in learning how to create mixed media surface techniques, seth has video tutorials coming out - you can see the preview here
The Pulse of Mixed Media is available at Amazon

Posted by mairedodd at 1:00 AM

seth, what a wonderful post - i appreciate hearing about your work and the importance the community has to you... i know without a doubt that i would not be where i am as a maker or person without this incredible supportive, sharing village... it's like finding your tribe and you all grow from it...
your work at the pulse is really so interesting and i look forward to getting the book...
by the way, i viewed the video preview last night and thought it was great... it made me think of things i can do to metal - so thanks!

I get a connection unlike any other that I have in my personal life. I once met someone in person that I had gotten to know through the art of jewelry world and definitely connected through sharing that love. I also find all kinds of inspiration by looking and reading about the creations from others. Thanks so much for your inspiration. I'm heading over to your blog now ;o)
MaryAnn

Seth, your post SO resonates with me. I love collaboration, and unfortunately so far, everyone I have asked has turned me down....I stopped asking. Maybe I should revisit the idea and try harder. I really enjoyed reading your post, and I'm off to visit your blog!

Community does bring us many gifts... new inspirations, a feeling of belonging and acceptance are the main gifts I enjoy! Thanks for bringing me by this new blog Seth!

I am definitley a social artist. I have recently begun to collaborate with other artists on projects and find a satisfaction I just don't get working on my own. Its amazing to toss things back and forth and inspire each other and evolve and evolve further again. Thanks so much for sharing with us!

The artistic community is supportive and encouraging... a must for those who are a little unsure of the work they produce... like me. Thanks for some interesting stuff about Seth and his terrific collaborations.

Great Post Seth. I have been part of an art group for almost 19 yrs. It started as a group of rubber stampers-who have all gone on to dabble in many other art forms. I have many days where i want to be alone and create, but nothing gets the fires burning than being around other like minded people. I love the blogs I visit-but love my "art girls" the most :)

I sometimes wonder if I just make jewelry so I can have a great social object to help connect me more to people...great post...very apropos to why a lot of us create...the relationships are a big part of it for me too..

"Collaboration" is definitely Seth's middle name, but if you are not familiar with the many facets of this multi-dimensional artist and all-around great individual, head on over to his blog, The Altered Page, and subscribe! Y'all will Not be disappointed!

How well said that was. I'm a bit of a loner, and am generally content to spend my free time alone in my studio, but I also realize that nothing gets my creative juices flowing like my interactions with other like-minded people.
Seth has articulated my feelings about the mixed media community perfectly.

Connections made in the art world seem like connections made on a deeper level, no mere shaking of hands but real collaboration.
I love the collaborative work Seth has done. It is interesting to me that I meet so many artists on line that I would have never known.
I celebrate that.

thank you for posting this interview with Seth. As a follower of his blog I am well aware of his services to the building of the art community at large. I am also a huge fan of his artwork.

Check out these links