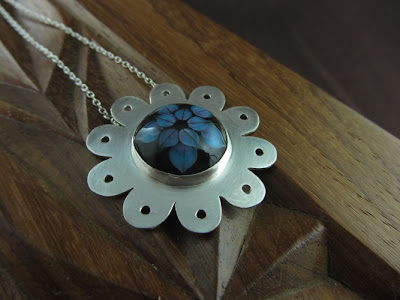 Every now and then a customer or a friend over in the States will ask me what I mean when I say that some of my pieces of jewellery are “Hallmarked at Goldsmiths’ Hall” – after all, isn’t a hallmark just my initials on the back of the jewellery? To be honest, I enjoy getting questions like that, as it gives me a chance to tell some of the story of silversmithing and jewellery making here in the UK, and, old romantic that I am, I love that my passion and my business is based on centuries old tradition! This is the story that I tell them..... 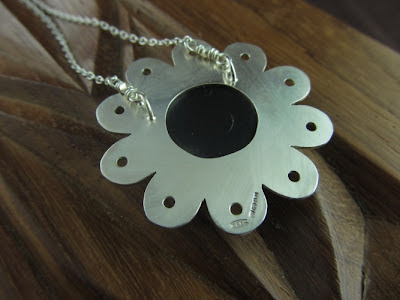 Hallmarking in the UK, and now in the rest of Europe, is a legal requirement if the piece of work contains above 1.0g of gold, 7.78g of silver or 0.5g of platinum (not that I often use that much gold, or have ever worked in platinum!). It is a series of small marks, sometimes so small that they can only be seen clearly with a magnifying glass.

Hallmarking is only carried out once a piece has been assayed, or tested, to ensure that it is of a high enough purity or fineness, and these tests can only be carried out by one of four Assay Offices in the UK – London, Birmingham, Sheffield and Edinburgh. Precious metals are too soft to be used in their pure form and have to be alloyed with base metals before they can be worked with. They are obviously expensive, and so unscrupulous dealers could easily make a higher profit by lying about the fineness of an alloy. Assaying is the only way of accurately testing the fineness, and so Hallmark is a guarantee that the item is what it says it is. It is the oldest known form of consumer protection in the world, and started way back in 1238 when Henry III got fed up with the unscrupulous dealers of his time trying to con people. Originally the Wardens of the Company of Goldsmiths visited workshops in the City of London to assay and mark silver and gold. The term Hallmark was first used when the Wardens set up Goldsmiths’ Hall nearly 250 years later so that the London craftsmen had to visit them rather than the other way round! Assaying and Marking in Edinburgh can be traced back as far as 1457, and was started in Birmingham and Sheffield in 1773. 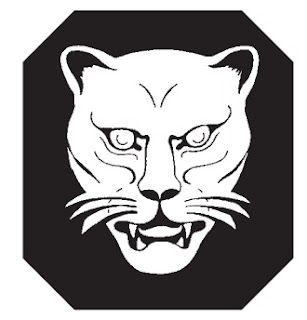 There are three marks that every piece assayed has to have: the Maker’s Mark, the Metal and Fineness Mark, and the Assay Office Mark to show which Assay Office carried out the testing and marking. I also like to get my work marked with the traditional fineness mark as I like the look of it (sterling silver is traditionally marked with a lion) and a date letter. The letter changes every year, and the font is changed with each turn around the alphabet. It would be nice to think that in a hundred years or so a piece of my jewellery may turn up on the Antiques Roadshow and the expert will be able to tell when it was made and that I made it!

Jewellery making and silversmithing make use of skills that are centuries old. I am proud to be using and teaching those skills, so for me Hallmarking isn’t just something I have to do by law, it’s a way of showing pride in my work. After all, artists sign their paintings, authors display their names on the covers of their books, so why shouldn’t I be proud of signing my work and following the traditions that began over 700 years ago? And I know that I’m not alone in that – last year the UK government launched a public consultation, the Red Tape Challenge, and one of the things being challenged was the Hallmarking legislation – over 6000 jewellers, from large businesses down to craftspeople like me, defended it passionately!

Joanne Tinley is a jewellery designer and tutor based in Southampton, UK. She is a regular contributor to Beads and Beyond magazine and the author of “Macramé, Art Beads and Wire”. She is addicted to making jewellery, and loves to pass that addiction on to others! You can see more of her work at
www.daisychaindesignsjewellery.blogspot.com,
www.daisychainjewellery.co.uk,
and at www.daisychainextra.etsy.com

Posted by mairedodd at 5:00 AM

Wow! I love learning a little bit of history, and its good to know how this works in different countries. thanks so much for sharing!

Wow, what a lesson in hallmarking. This was fabulous. Thank you so much for putting this together for us.

Jo, I love your work.

It's great to know that piece of history. And what a great thing to preserve the heritage of the jewelry. Thanks for sharing that little history lesson with us!

What a great, informational post...I have wanted to start hallmarking my own work...but feel more confident now knowing some history about it. Fabulously explained!

thank you so very much for sharing this part of your work and the history of the hallmark... i love your comment about the antiques roadshow... your work is surely worth handing down...

Thank you everyone! You've made my day! I took a college class (I teach evening classes as well as privately at in my workshop) up to London to tour the Assay Office a couple of years ago - it was fascinating!

Wow! That was really interesting. I would love to know more about that and yes, it would be very cool for it to be identified as yours a hundred years from now! Love it! What happens if you don't have an Assay Office near you? Is the process time consuming and if so, what are the benefits? just interested and curious.....
MaryAnn

I love the interesting background to your hallmark! If I were you I would put a little blurb in with your pieces. I think your customers might also find it interesting! I know I would. --Diane

MaryAnn, you can either take your work in in person (there are 4 assay offices in the UK, all in the centres of major cities) or post it. I send my work by Royal Mail's special delivery service - it's tracked all the way and insured for more than I need.

The process does add extra time, but it is worthwhile. I don't send completely finished work in as no matter how carefully the Assay Office are (and they are very highly trained) it may pick up a few scratches, so I send it in before it has it's final polish and before any stones are set. It usually takes no more than five days, most often two or three, before I have the jewellery back with me, and then I finish it off. I try to send off about 30 pieces at once as there's a minimum charge and I want to make it as cost effective as possible. Sending that many off makes the cost, including postage there and back, about £2 per piece.

It is definitely worth it though. It's a legal requirement in the UK (you can be fined up to £1000 per piece on sale over the legal limit without a hallmark), but apart from that the general public here expect to see it, and see it as a mark of good quality. In many people's eyes it adds value to the piece. I even get pieces hallmarking that are under the 7.78g of silver and so don't legally need assaying if the other materials put the cost of the piece up to an extent that customers would wonder why it wasn't marked, as the most people aren't away of the 7.78g limit. The pendant pictured in my post is an example of that.

Phew! That was a long reply! I'm going to do another post on hallmarking on my own blog soon, showing the jewellery before and after I send it off, and how I prepare it for hallmarking.

This had been a fascinating read this morning! Thank you!

This is fascinating! I'm so glad I read this! Hope I catch the entry on your blog too!

Check out these links